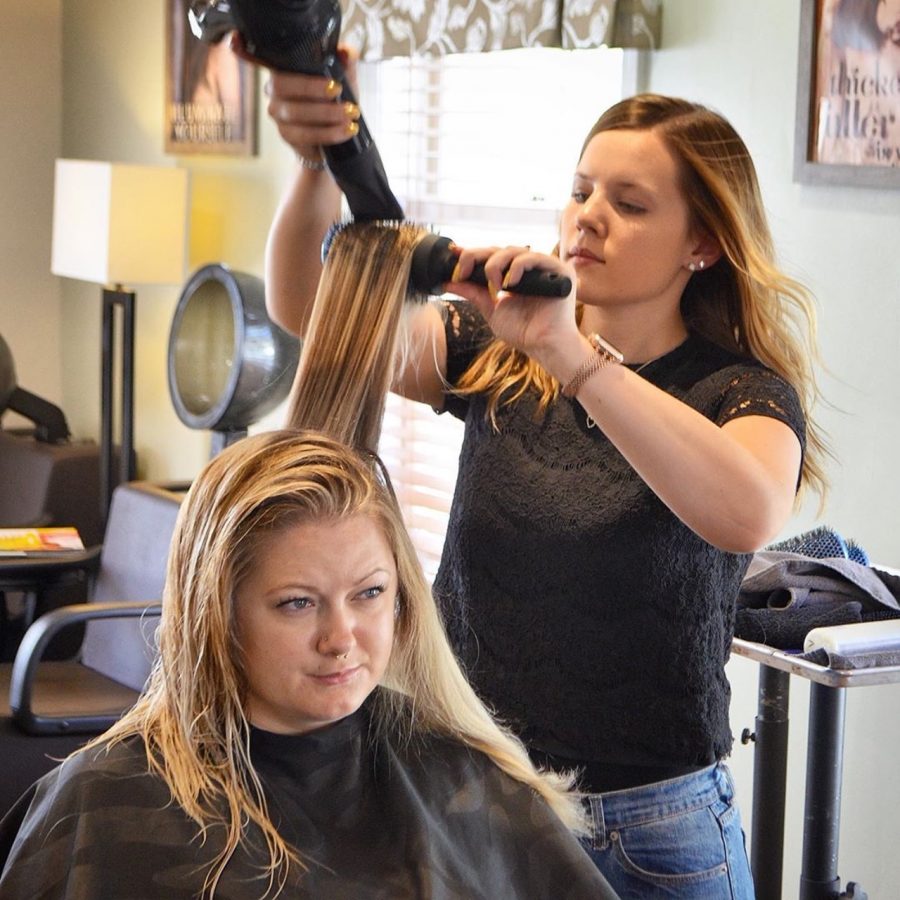 Fliger works her magic as she styles a clients hair.

Today’s “Woman to Watch” is Amy Fliger for being a friendly face to everyone that she meets and for helping our angels.

She once sat in the bleachers that LHS students do now and watched as angels got their hair cut, but now Amy Fliger helps the angels get their wings.

Fliger first started cutting angels’ hair in 2015 and has continued to do so every year.

“I have cut hair for the Day of Giving every year since I started, and I will continue to do it even now that it is a different program,” Fliger said.

The transition from Pantene to our new programs has been a bit of a shell shock, but Fliger loves being able to continue working with Lancer Nation since she used to go here.

“It’s a pretty nice feeling to be able to go back to LHS and help out as an alum,” Fliger said.  “It’s so great to see that the hair donation program is still being held year after year and the community is just as excited to come together for it.” 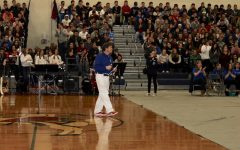 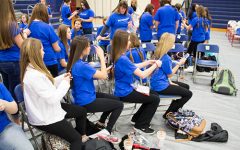 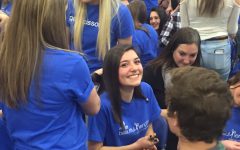 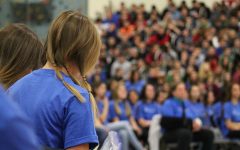 While Fliger attended school, she got close to the man, the myth and legend, Steven Juster.

“I’ve known Amy since I met her as a senior as a student in my class,” Juster said. “I saw a real kindness in her.”

Kindness wasn’t the only thing that Juster saw in Fliger while she was a student here, he also saw her early passion for hairstyling.

“She wanted to be a hairstylist when she was in high school, that was the plan way back,” Juster said. “we had talked about it, probably could have picked her four-year college of choice, but she knew what would make her happy.” 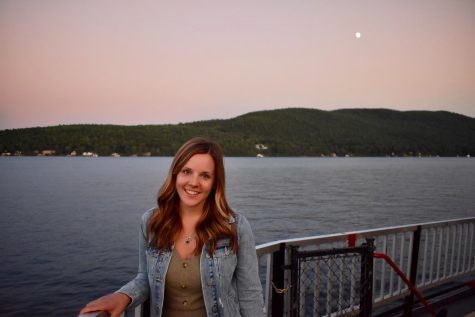 Photo courtesy of Amy Fliger
Fliger poses for a sunset picture on the lake.

Right after Fliger attended cosmetology school, she came back to help the angels with her newfound talent for hairstyling. Fliger didn’t only help with cutting hair, she also helped redesign the wrestling room during her first year working with the angels.

“Knowing she was going into cosmetology was what brought us the idea of the senior project of redoing the wrestling room, which had always been our stylist’s area, to flow much more fluidly, and to get our power issues resolved,” Juster said. “Amy also co-wrote the letter we give to all the angels to read the day after. She was never a pep rally aide, but her assistance was in a category of its own.”

Above everything else that Fliger has done, she remembers the time she spent at LHS and holds it close.

“Some of my best memories from LHS were from clubs and activities and just spending time with friends,” Fliger said. “I have so many great memories from my time in the marching band, such as all of our events and trips like New York City, and Pasadena for the Rose Bowl Parade.”

Fliger’s passion for what she does today has led her to meet some really great clients.

“I would say I connect with most of my regular guests, but there are always a few special ones that you really just click with.  Either you have a lot in common or your personalities just blend well together, and you start to see them as more of a friend than just a client.” Fliger said.

From all of the clients that Fliger has had, she has come across people with incredible stories to tell.

“I’ve shaved a couple women’s heads which is so inspiring.  I also have done a couple wig haircuts for women in the community who have received wigs through the American Cancer Society program which is such an honor,” Fliger said. “It’s so nice to be able to do even just something small to help those fighting feel a little bit better.”