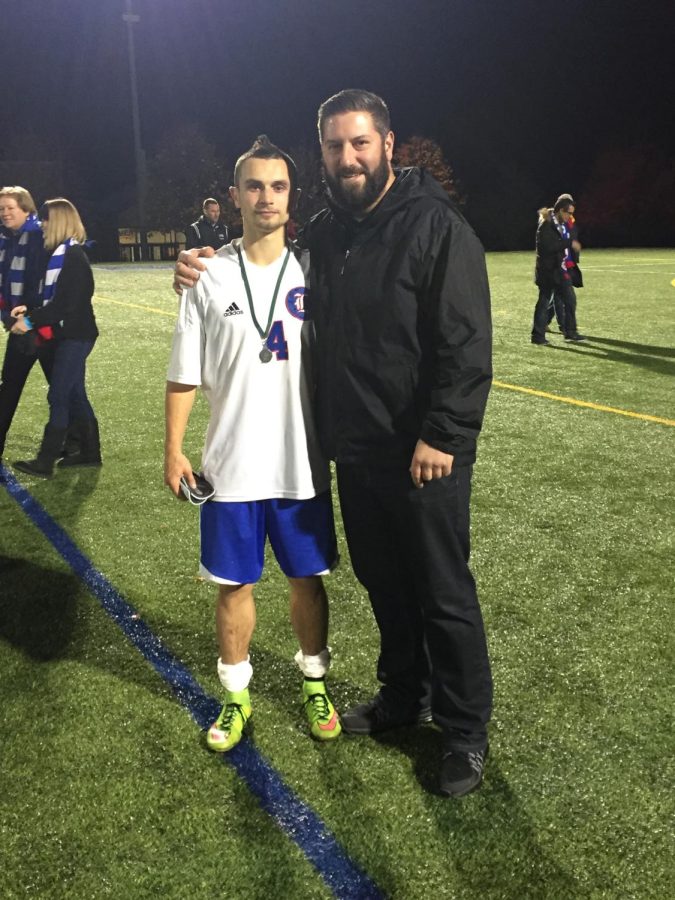 While it may be Nathan Gaw’s first year working in Londonderry High School’s Athletic Department, he’s always been a Lancer.

“I’m a proud alumni of this school,” Gaw said. “This school gave so much to me in the four years that I was a student here, and working here in the athletic department has been something I have wanted to do since I was a freshman.”

LHS graduate from the class of 2016, Gaw was a devoted athlete who played varsity soccer, and even played for the State Championship in basketball. Following graduation, Gaw never lost his passion for sports, and would go on to play Division 1 soccer at Quinnipiac University. Currently, he’s in his final term at Franklin Pierce for his MBA in sports management.

Gaw is excitedly anticipating a school year filled with learning opportunities, and most importantly, “growth.”

“Being able to work in an environment I feel very comfortable in will allow me to grow as a person,” Gaw said. “And hopefully as a future athletic director someday.”

Gaw isn’t only looking for personal growth. Being experienced in athletics, he’s also looking to foster a supportive environment for LHS athletes.

“I hope to bring a positive atmosphere,” Gaw said. “During my time at LHS I always knew I could come to anyone in the athletic department to talk about almost anything, and I want that to stay the same for current athletes at LHS.”

These past years have been a difficult adjustment for both staff and students alike, but Gaw strives to be a support system for anyone who needs it.

“I was in their shoes not too long ago,” Gaw said. “I want them to know that if they never need anything, I am always here to help. Once a Lancer, always a Lancer.”