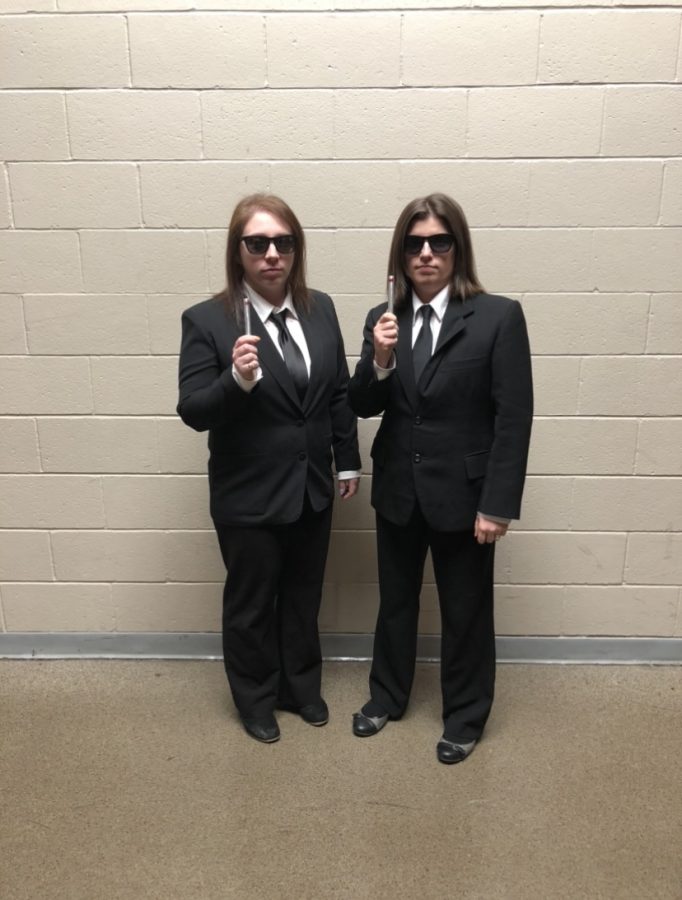 Mrs. Shurtleff (left) stands with Mrs.Brayall (right) during spirit week at Manchester School of Technology. They were both dressed up as characters from Men in Black.

A newcomer to LHS, Shannon Shurtleff will be teaching Family and Consumer Science for the first time.

Shurtleff was previously a special education teacher at the Manchester School of Technology. This is her first year teaching in the Londonderry district.

“I love the community,” Shurtleff said, “What a wonderful place Londonderry is.”

At home, Shurtleff has two daughters, along with her four legged and feathered family members. A black lab named Emily, and a rooster named “Cutesy Wootsy Lovey Wootsy” by her daughters. Her remaining chickens were also given names by them.

Shurtleff also runs a breakfast blog, called The Breakfast Brunch, where she goes to different restaurants with friends and rates their breakfast.

With one of her fellow breakfast raters who is a librarian at LHS, Mrs. Brayall, Shurtleff goes all out during Spirit Week.

Even though she’s only been working here a few months, Shurtleff already loves LHS.